The Source News Report on The October 15th Turning Point

On October 15th, The Substratum of Life, which had been spanning Levels 1 - 3.11, left these levels and moved to Level 3.12. This was the first time The Substratum had moved with the Implementation Aspect which is ascending toward Level 12 as a part of its Transition back to its Heaven in the Unmanifest Level.  Since the Source Connection of a being can only survive in The Substratum of Life, it was critical that beings who wished to survive this Turning Point move with The Substratum.

Only those who had shifted into Source-Created Solution Mode and were working closely with their Individual Source Plans for how to prepare were able to move with The Substratum. While this work was happening for most humans in the Subconscious Range of the Suit where the Suit makes life and death decisions, it was enough in this Turning Point, to enable the Suit to retain its Source Connection.

Those who experienced Ultimate Death initially were those who did not choose to shift into Source-Created Solution Mode and move with The Substratum and those who were imprisoned in Hell Entrapments which are Energy Prisons created by the Negativity. In these prisons they couldn’t build momentum to rise up to Level 3.12.  I was able, after the initial shift, to break the technology of the Hell Entrapments and free those who wished to sustain their Source Connection but who were unable to do so because of the Entrapments.  This brought down the Death Toll for humans from 21% to 1/3rd of 1%. Because I was able to free these beings within a short period of time of their experience of Ultimate Death, I was able to provide them with a new onboard Source Intelligence which re-instated their Source Connection.  I was then able to relink their Souls to their Suits, giving them a second chance to have Life in a Suit in the Manifest World.

As a result of this work, the survival rate for humans was 99.7% and 99.8% for beings living outside of the Earth Plane.

In this Turning Point there was a remarkable show of force by beings throughout the Creation who had to rise up against the tyranny of the Negativity in order to actively seek to preserve their Source Connection.  They worked intensively to build up the Material Energy that enabled them to transition into The Miracle Reality and to receive the individualized Source Support that they needed to get their Suits ready to both transition out of Self-Created Solution Mode into Source-Created Solution Mode and to move into a strong enough Love Connection with the Source to enable the Source to help them reach Level 3.12.

Excellent Universal Team Work occurred as Heaven Agents throughout the Creation joined forces against the Negativity to stand up for Life and do what was theirs to do to help themselves and help others.  This Team Work was critical to the success of this Turning Point.

For a full report on what happened in the stages of the Turning Point
and the implications for the December 15th Turning Point, you can read the article entitled:

THE SOURCE NEWS REPORT ON
THE OCTOBER 15TH TURNING POINT

For background information on this Turning Point and on The Transition itself, you can go to: 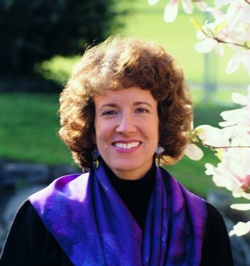